Carnage (Cletus Kasady) is a fictional character, a supervillain appearing in comic books published by Marvel Comics, usually as an enemy of Spider-Man.

Based on elements of the precursor character Venom

In 2009 Carnage was ranked as IGN’s 90th Greatest Comic Book Villain of All Time. -Scultped by the inimitable Erick Sosa, Carnage has never looked better. -Rippling musculature and tendrils are on full display in this highly detailed 1/6 scale resin statue -Includes an interchangeable arm part for display with wicked claws or spiked weapon -Carnage looks great on his own and even better alongside other Fine Art Statues from Kotobukiya such as Spider-Man and Venom! – Materials: Coldcast Resin – Size (Height) : Approx. 9 inches. 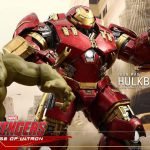